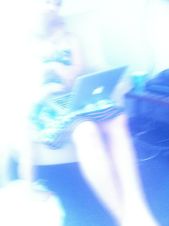 I wrote a post last week about the persecution of Christians in Iraq. It wasn’t anything ground-breaking, but just an ‘I knew that already! Thanks so much for telling me!’ moment. In a similar spirit, here’s another lie I don’t want to believe (and yet seem to believe) about what’s going on:
‘You can’t help.’

I don’t know if you’re on a mailing list with Open Doors are Barnabas Fund or Tearfund or any similar organisation – if so you’ll know the feeling I get when I see the envelope on the doormat or the email heading in my inbox. Do I dare read it? And then I do, and I stand weeping in the kitchen over a mother in Nigeria, who is just like me except she lives in Nigeria. And I might find I can send off some money, tick the GiftAid box and know I’ve done a bit to help. But it never feels like enough.   And the lie echoes around, ‘You can’t help them. You are powerless. And all your crying and your worrying about them won’t make their situations any better.’ If only I’d become a Politician or an Aid Worker instead of a House Wife.

It is true, of course, that worrying about those families in the Middle East, or Africa, or North Korea, won’t help them at all. But I am actually powerful to help them, because I have the ear of the President. No, sorry, not the President – the King of Kings and the Lord of Lords. I don’t even have to dial a number. He hears me, even if I don’t speak out loud. Can he change the situation in Syria? Iraq? Nigeria? North Korea? Ukraine? Gaza? Of course he can.

Even my kids can effect change in this way – the way of prayer, that is. I recently heard a 3-year-old, when asked by her dad what a Christian is, say ‘They’re people with brown skin who live in other countries.’ Her Dad was pretty embarrassed about the brown skin comment, but I actually thought it was beautiful. It showed me that, probably several times a week if not daily, her mum sits her down and says something like ‘We’re going to pray for these Christians because they are being treated badly…’ So what this 3-year-old thought of when she heard the word ‘Christians,’ was the persecuted Church. Isn’t that a challenge?

I’m not going to give my children details of the dangers these brothers and sisters of ours face, but I can give them enough to equip them to pray, and in doing so to teach them that we’re part of a Global Church, and that we trust our God to answer our prayers.

Ephesians 6:18 says “And pray in the Spirit on all occasions with all kinds of prayers and requests. With this in mind, be alert and always keep on praying for all the Lord’s people.” The world thinks we’re naïve, delusional, mad or worse. But the Bible tells us to pray, and tells us that God hears us. ‘The prayer of a righteous person is powerful and effective.’ Since in Christ we are righteous, this must be true for us.

A couple of weeks ago my husband went along to Parliament Square to pray with a bunch of strangers (Christian Londoners) for another bunch of strangers (Christian Iraqis). It didn’t make the headlines, and no legally-binding agreement was made. But that gathering was more powerful to change the lot of the Iraqi Christian than any gathering held in the House of Commons that week. Thank the Lord he does use the politicians and the diplomats and the soldiers, but doesn’t that all start with the prayers of his people?

“It’s hard to believe that prayer makes a difference.”
If you need more inspiration to pray (and who doesn’t?), try looking up ‘John Piper prayer causes things’ on Youtube. I watched it at an 8am prayer meeting once and it certainly woke us all up! As he says there, “It is simply staggering that the Sovereign Ruler of the Universe would ordain that prayers cause things.”

One thought on “On your knees”