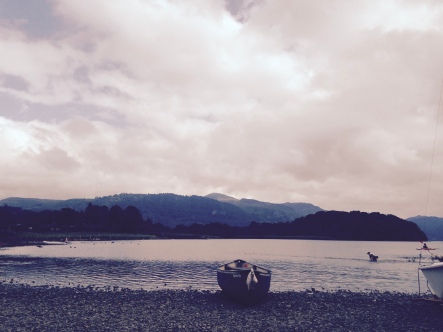 “What’s your dream for your child?”

I was asked this by my son’s nursery teacher once.  She wanted to write it on a Post-It and keep it in mind all year.

What kind of things should we be wanting for our children?  Safety? Happiness? Education?  Fulfilment of Potential? Satisfaction? Wealth? A family? Health? Self Esteem?

Like most people who grew up in the Western world in the Nineties, I’ve watched a lot Seinfeld.  (If you’ve never seen Seinfeld but you’ve watched Friends, let me just say that Friends is a bit like a cover version of a Seinfeld track. If you’re too young for Friends, thanks for joining us here at the grown-up table 🙂 Try to keep up.)

In 2015, Jerry Seinfeld was named the highest paid comedian in the world, having earned $36million the previous year. When Seinfeld had been going ten years, he turned down the offer of $5million dollars per episode to make a tenth season, which would have earned him $100million per year.

Why am I going on about Jerry Seinfeld?  Isn’t this a parenting blog?  Well, I’ll tell you. The other night my husband and I had the pleasure of watching a programme about how he got started in comedy (Jerry Before Seinfeld – Netflix).  He talked about how he began his career doing unpaid stand-up in a Manhattan comedy club. “I remember thinking, ‘even if I’m not any good at it, if I could just make enough for a loaf of bread a week I could survive, and that would be the greatest life I could have.'”

Now, you can hear that cynically and think, “You’re earning more than that now though, aren’t you?” Call me naïve, but I believed him.  He’s worked hard in his career and I don’t begrudge him all that wealth.  I think that what he’s saying there is actually really beautiful.  I wonder if you’ve ever felt like that about something?  Have you ever loved something so much that you genuinely feel you’d be content to survive with that and that alone?  It’s the essence of many a love song.

I want to be that passionate – but not about comedy.  I know in my head that the only one who can satisfy is Jesus.  He’s more than enough. He even calls himself the bread of life: “Whoever comes to me will never go hungry, and whoever believes in me will never be thirsty.” (John 6:35)

One thing I ask from the Lord,
this only do I seek:
that I may dwell in the house of the Lord
all the days of my life,
to gaze on the beauty of the Lord
and to seek him in his temple.

Part of me thinks, “Well I used to be like that but then I had four children and now we need more than just bread to survive.  We need a lot of plums.  And school uniform, and petrol, and central heating, and…”  But are those just excuses?  Has my passion been diluted the more I’ve seen of this tantalising world? Have I just turned my eyes from the beauty of the Lord?

Nobody forced Jerry Seinfeld to take up comedy.  I doubt he was even encouraged to do it.  But he was pulled there.  Do I feel pulled towards the Lord Jesus?  Do I love him enough to want, more than anything, my children to follow him? Is that my dream for them?  It should be.

Then he called the crowd to him along with his disciples and said: ‘Whoever wants to be my disciple must deny themselves and take up their cross and follow me. For whoever wants to save their life will lose it, but whoever loses their life for me and for the gospel will save it. What good is it for someone to gain the whole world, yet forfeit their soul? Or what can anyone give in exchange for their soul? If anyone is ashamed of me and my words in this adulterous and sinful generation, the Son of Man will be ashamed of them when he comes in his Father’s glory with the holy angels.’ Mark 8:34-38.

I want my children to enjoy the good world God has created, and I want to give them freedom to explore and create and enjoy.  There’s more to parenting than reading the Bible to my children and praying for them.  But how much of my thought-time and head-space and conversation is taken up with concerns over comparatively trivial matters? Would I be content if the Lord said to me today, “Your children will have nothing in this life but their daily bread, but one day they’ll enter eternal rest with me.”? Would that be enough?

It’s good to be humbled and challenged, even by Netflix Original TV shows.

I’ll finish with a quote from Gladys Aylward, 20th Century missionary to China:

“I have not done what I wanted to. I have not eaten what I wanted or worn what I would have chosen; I have lived in houses that I wouldn’t have looked at twice; I have longed for a husband and babies and security and love, but God never gave them; instead he left me alone for 17 years with one book – a Chinese Bible. I don’t know anything about the latest novels, pictures and theatre. I live in a rather outdated world and I suppose you would say it is awfully miserable, isn’t it? Friend, I have been one of the happiest women who stepped this earth. I have known the heavens opening and the blessings tumbling out.”

3 thoughts on “The Greatest Life”